It has Never Been Easy

I met Bud as an old man. Long after his days of action. I only wish I had met Bud in his younger days when I could have benefitted from his honest and direct leadership style.

Early Sunday mornings we would randomly meet on the sidewalk while the world still slept. We were awake for different reasons, but I often wondered if it was truly because we were kept from rest by similar nightmares. I regret never asking him.

He'd share stories with me that he kept to himself when others were around. Most of his stories revolved around his time in the Pacific Theatre; but were not, surprisingly, re-accounts of the battles. Rather they were often of the time on the way over while on the ship.

'This Irish kid, Red, would go on and on about all the curvaceous girls who would be waiting for us back home. He would go on about how he would sink into their curves, breasts and valleys of their hips as soon as we'd get back. How all these random girls would welcome us back with open arms and give us a free unlimited pass...
He'd go on and on. We would all just listen and nod, never argue.

We knew we were all mostly inexperienced with women and hardly any of us had a chance.  Except for a few us of course, but mostly. But if we hardly had a chance; he most definitely had none. Not him. He probably knew it too. Yet, he still would ramble on. Going into detail after detail. Stuttering all the time which actually made it all the worse. All the more painful to hear.'

'Well Bud, didn't you dream about the same? You know, just to keep you going?
I know I did at times and no doubt would have had I been heading where you guys were.'

I dreamed of something within reach.

Something being served in the messdeck.  I dreamed of delicious steak with all the trimmings, you know - including fresh corn-on-the-cob with melting fresh butter. Anything, but that dehydrated excuse for food. Despite all the pictures and stories, I  just needed a closer more probable dream. A dream within reach; as close as the messdeck. Not some 6,000 mile away half-baked chance.'

It's never been easy.
Regardless, it was nice to dream. 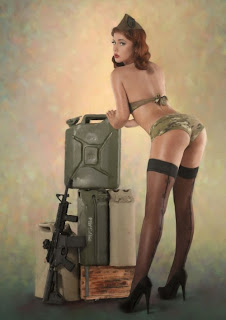 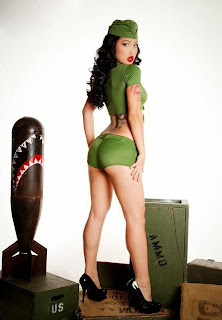 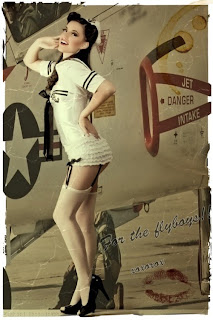 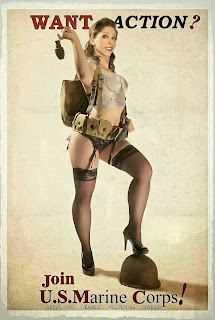 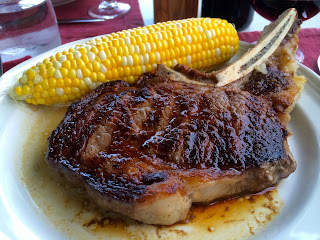 Posted by Enzo at 1:57 PM
Email ThisBlogThis!Share to TwitterShare to FacebookShare to Pinterest