Was my last post to serious for your tastes?
Not your intent on why you visit here?

Well today’s menu is quite different.

Today I offer you a genuine twofer. Yes, a two-fer. As you know in our corner of the blogosphere, bloggers are fans of posting funny toons on Tuesday, with the toons being on topic or off topic all the same.

Why Windy Wednesday? Because it is Wednesday and Wednesdays are Windy.

And windy upskirts always make me smile.
Don’t they make you smile?

Well today I offer you the the best of both worlds in one simple pack.

All for you to savor over two days.

What is it about windy upskirts that make me smile?

This young lady’s expression says it all. The sheer panic, embarrassment and like reactions that usually accompany such unexpected situations is what does it for me. 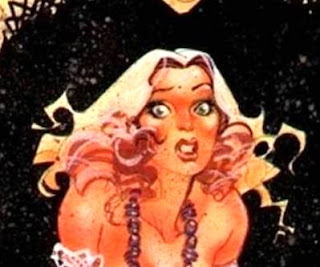 Are you a fan?
Do they make you smile?
Yes, ladies, I’m asking you in particular.

These moments can also be quite synchronistic to the fortunate enough to witness.
Our friend on the bench would agree no doubt. Unfortunately this might be his last view, but at least it was a great view! 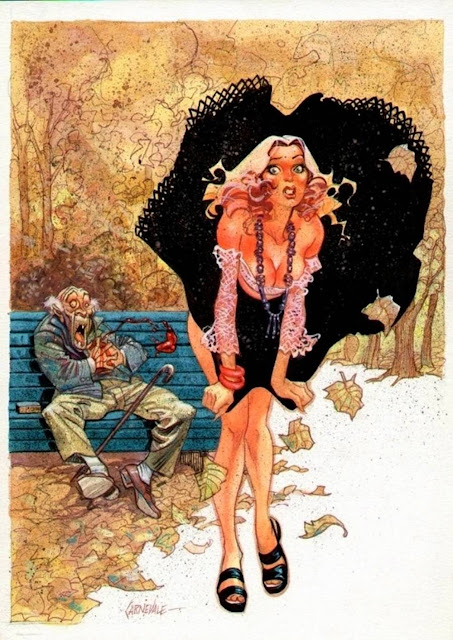 Why do you figure she is so shocked?

The simple fact that her dress blew up in the wind?
That she knew our friend got an eyeful?
An eyeful of plain panties?
An eyeful of sheer panties?
Or?

Thoughts are always appreciated and since I'm in the process of prepping for a road trip and no time to set up a poll, let your voice be heard via the comments below.

3 comments: Posted by Enzo at 4:17 PM
Email ThisBlogThis!Share to TwitterShare to FacebookShare to Pinterest

Check-In at the Brink of Peak Summer OR on a Random Post Hump Day - Thoughtful Thursday, Part I

How’s that for a post title? A bit long or perfectly all encompassing?

I’m posting a check-in more for my own sake than anything else, as I doubt there was any notice of my extended absence. Although I have been known to disappear for awhile at previous times, this time away was different. Different in the sense that it wasn’t just that I was busy; it was perhaps that something was telling me that time-away was what was needed.

Part I - Where I’ve been

If you are a regular reader here you may remember that at the end of last year COVID hit pretty damn close to home and that event, even outside of COVID times would have and, did require some time to just be. I posted about that in January and then did not post anything until March.

In March I posted and offered up the suggestion to revitalize a previous blog community theme, March Questions. I was a bit surprised by how that idea was circulated in our blog community, unexpected to put it simply but probably best left for another post. That unintentionally led me to a temporary silence, which in turn became an extended silence. Until now, where we are today at the end of June; days away from the 4th of July which to me has always marked the height of Summer.

Where have I been? Amongst other things, busy with relationship retrospects is the best summation, but short on answers.

On related topics to this blog I have been analyzing, perhaps over-analyzing some past relationships, current ones and hopefully future ones. 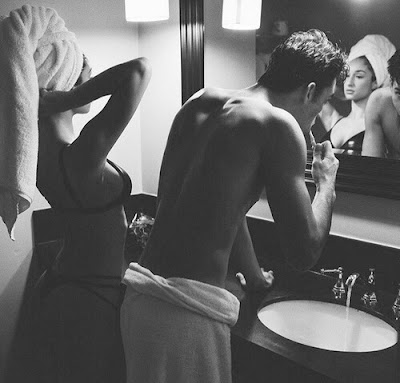 The goals and results of mainstream online dating.

I had dated a girl for awhile, but that ended in early 2020, right before the world shut down. The relationship was full of promise, but unfortunately she was not of our lifestyle preferences. I was honest with her about mine, but due to many other things this relationship wasn’t meant to be. Plus there were various everyday things that were already triggers to her that to add in the elements of domestic discipline and spanking were really going to make that relationship an extra challenge. I have no intent on traumatizing anyone so perhaps in retrospect it is all for the best.

I have recently been seeing another girl who in her own personal journey has become honest with herself and what she needs in a relationship. Very similar to what a lot of the female bloggers here have gone through. She had opened up to previous partners and unfortunately they weren’t having any of it. Now divorced and single, and older and wiser perhaps, she has been straight forward with what she wants/needs. I apparently fill that role. Completely, according to her.

The problem is that I’m afraid I may only be attracted to her because of her deep submissive traits. Is she a good person, honest, fun, etc.? Yes, yes and mostly yes. So what is the problem? The problem is that spark of attraction and lust isn’t quite lit. It is not lit instantly nor burning intently as I would want it to be. Not only do I want the intense attraction, I also want the familiarity of joint interests, of conversations on deeper levels, plus a sprinkling of common points of reference. All of that covered by a deep layer of our dominant and submissive roles.

I know some guys out there might be screaming at the screen upon reading this. Let me explain something. I have never really been the guy to just “hit it” because the opportunity is there. I’ve had my fair share of those, but I have passed. I know, I know. Trust me, the guys I hung out with were and would be disappointed with me. Sorry gents, but truthfully (and in general terms), I need that intense desire and connection.

Some of you may say, just indulge in the games we play with no need for a relationship and deep feelings. Well that is where this girl has her own needs and requirements, she doesn’t want to play without the goal of a long term monogamous relationship.

Do you see the predicament?

I know some of you may not be able to relate for either being in a long term committed relationships and/or are okay with play outside of primary relationships, seeing play with others as a non-issue.

So I find myself again at a crossroad where I feel the right thing to do is let this relationship go and move on. Move on with the hope that something is out there that fits all my needs just right, on all levels.

Am I asking for far too much? Should I just take what is offered for there is no guarantee of tomorrow? Or do I follow some vague dream that something is out there that fulfills all my needs? A vague dream fed by fiction and non-detailed online truths of others. Fueled by my very own, now vague recollections of past experiences and relationships with girls that seemingly shared exactly what I needed/need. 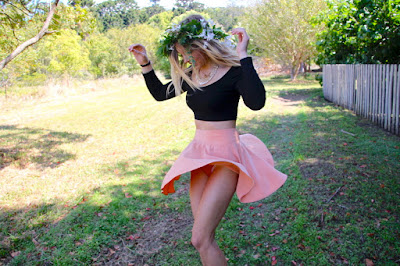 Or is it all due to that I’m searching for exotic flavors at the primarily vanilla only shops? And yet the dedicated exotic only shops tend to raise all sorts of their own unique trust issues for me. Plus, the struggle that my preferences, in those comparisons, often seem so out of place:

“Excuse me, do you have anything on the menu that isn’t extra spicy?
Not looking for no spice, not mild; but something not four chilies hot perhaps?”
6 comments: Posted by Enzo at 1:51 AM
Email ThisBlogThis!Share to TwitterShare to FacebookShare to Pinterest