During a recent weekend, I attended what would be considered by many a subculture themed type event. 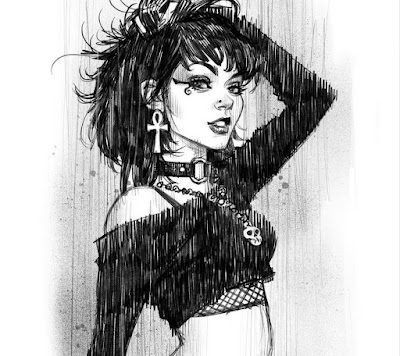 As I approached the table I immediately locked eyes with what appeared to be the live model for said wares. I greeted her and she responded with eyes ablaze. There was what I would identify as a spark. To be fair, her eyes were the forced focus as the majority of her face was covered by a black mask and her head in a black leather military officers cap, but still.

We exchanged a few enthused pleasantries and my eyes eventually zeroed-in and followed her barely there outfit down to between her legs. I could feel her watching me, studying her. Her hat and facemask were covering more than the rest of her outfit combined. It was worn intentionally to draw attention leaving almost all on display, as well as some possible unintentional details that I fixated on. Although she might have had plenty of stares throughout that day, something about our interaction led her to suddenly become self-conscious and caused a s retreat. 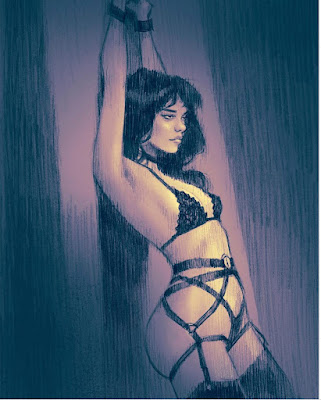 I may have misread it, but I honestly don’t think that I did. There was some definite familiar connective energy there; unfortunately with masks on, it is hard to read facial expressions.

What transpired afterwards and in my mind and if she read mine is a tale for another time.


So then what is your point Enzo?

My point is that afterwards I had a revelation. A possible revelation.

I have been attempting to date via the traditional dating apps. Surprisingly as I have stated here before, I have come across a few ladies who share, or claim to share, my interests. They unfortunately haven’t quite worked out for one reason or another.

I have always veered away from the obvious FetLife for possible connections as that seems a whole mess in my opinion.


Where are you going with this?

My revelation is that maybe I am indeed looking in the wrong places. I’m panning for gold in rivers hoping to hit that long shot and strike it. Maybe I should focus my efforts and be searching in the dedicated mines where the probability is known to be higher.

Simple enough or so it seems, right?

The thing is that once you go into the mines you are presumed to be just a miner, a one dimensional character. And that is one thing I have always been true to myself about. I have a variety of interests and tastes, a walking contradiction to some, but that is who I am.

I have a friend who I would often scold about force-defining herself only by her kinks, she is so much more than that.

Multifaceted and multidimensional. Aren’t we all?

Posted by Enzo at 3:51 PM
Email ThisBlogThis!Share to TwitterShare to FacebookShare to Pinterest